7×7: Calistoga’s restored Francis House has all the historic charm (plus a heated pool!) Wine Country Escape: Calistoga’s restored Francis House has all the historic charm (plus a heated pool!)

Calistoga’s Francis House was built the same year the first electric fan was invented, but on my recent visit to the property—recently reopened as a five-bedroom inn following a three-and-a-half-year renovation—I needed to download an app to access my room’s Bluetooth door key system.

It’s a long way in technological time from 1886 until now, but this gracious luxury hotel bridges the gap with impeccable style. 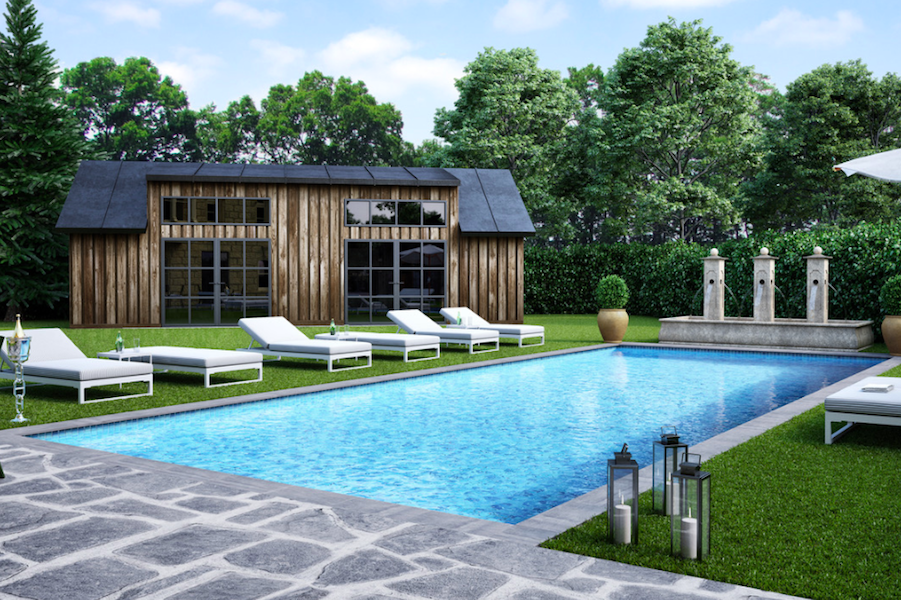 The hotel pool is heated to a welcoming 90 degrees.

(Courtesy of The Francis House)

I arrived about 4pm, as the sun was beginning to throw the façade into silhouette. The French Empire stone house is gated for privacy and one enters via a gravel courtyard. The fresh landscaping features not only rosemary and lavender but even young gardenias, a species I reckoned may prove to be an ambitious undertaking in Calistoga’s hot dry summers.

But ambitious undertakings are something The Francis House‘s owners Dina and Richard Dwyer know a thing or two about, having purchased the property when it was decrepit after being vacant since 1965. After I’d checked in and figured out the key system, Richard, a career real estate developer, met me in the ground floor parlor and offered me a glass of wine.

“The roof had caved in,” he said, recalling the condition when they bought the place, which is listed on the National Register of Historic Places. “The second floor had collapsed to the first floor. It was kind of a wreck.”

No sign of such horrors is apparent now in the handsome furnishings which include new floors of European oak, a rock crystal chandelier, and a marble fireplace from a house in Los Angeles’s Hancock Park that had been used in the filming of Peyton Place. Dina, an interior decorator, confessed to a years-long habit of acquiring antiques she loves, whether or not she has a current place in mind for a particular piece. 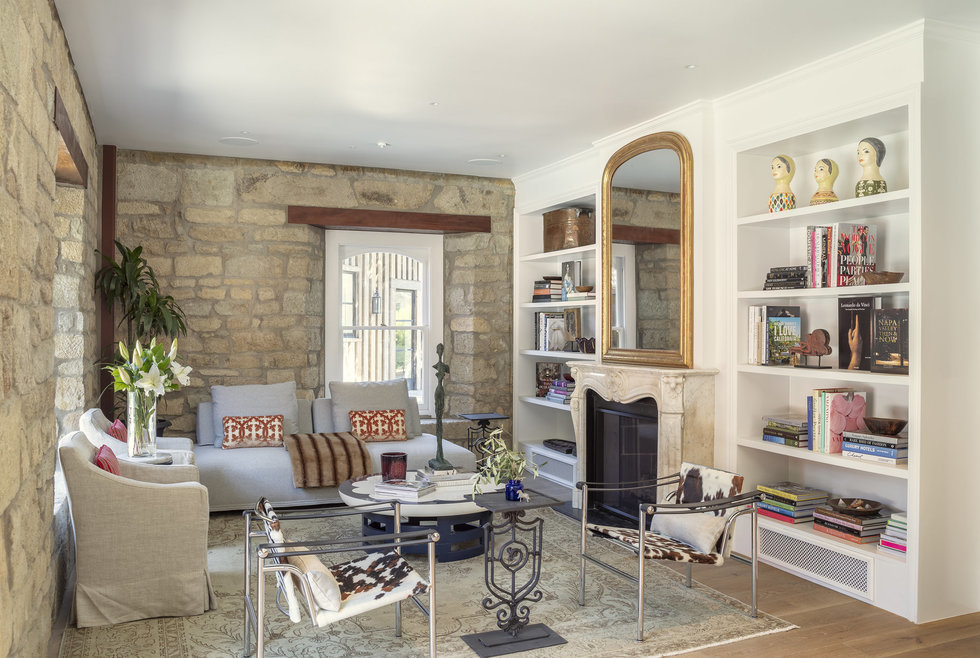 Through the glass doors, the pool out back was beckoning. I excused myself to don my swimsuit and one of the hotel’s plush robes, then went to swim a few desultory laps. With just five guest rooms, the place feels like a friend’s house that one feels privileged to be invited to. Another guest, up from Silicon Valley with his wife, was going on a bit too long on the subject of recent-model Porsches and Lamborghinis. I felt grateful to the late French pop singer France Gall who, via the hotel’s sound system, was making a valiant effort to drown out his nattering.

The back of the house faces due west, so the afternoon light hits the stone directly as one sits on a lounge chair with a glass of wine. An example of the care and cost that went into the renovation is the windowpanes. To give a subtle illusion of old hand-blown glass, Richard hired an artisan who put the panes into a kiln with knives underneath, then heated it all just slightly. When regarding the building, the effect registers on a subconscious level if at all. 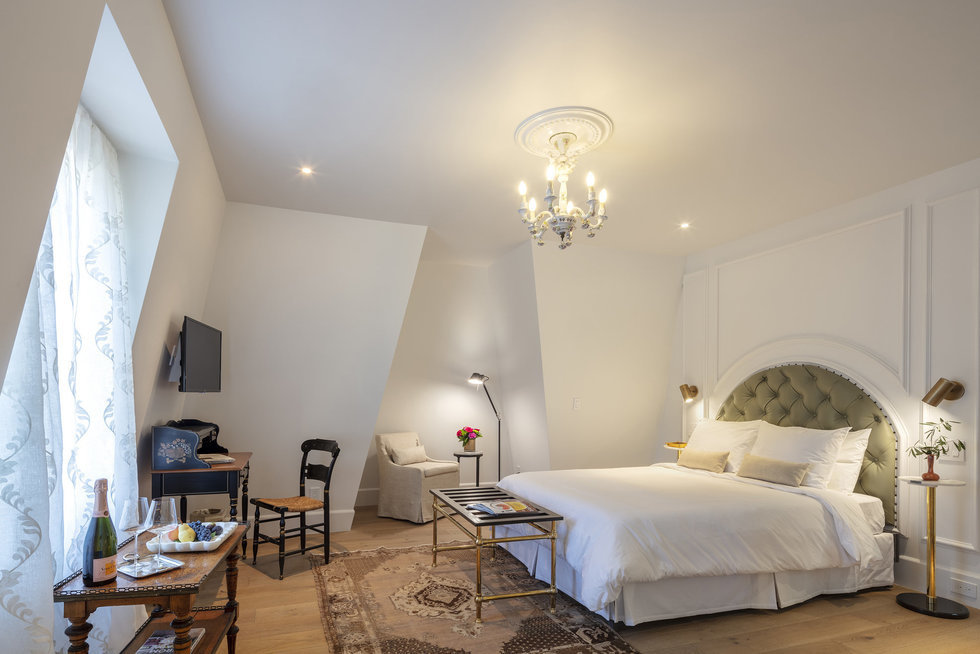 A restful night in the northern part of Napa Valley.

As dinner hour approached, Dina, in her role as innkeeper, offered to phone into town for a table. An advantage of The Francis House’s location is that it offers a private enclave just a few minutes’ walk to Calistoga’s restaurants—no need to designate a driver in this oenophilic region.

After a bowl of cioppino at Lovina restaurant it was back to the comforts of my room where housekeeping had left a couple of Ladurée macarons as a bedtime treat. Each room is furnished with its own antiques, but the toilets are thoroughly modern Japanese contraptions with electronic sensors and buttons, an expense the Dwyers decided to splurge on, having experienced the heated seats of Japanese toilets on a snowy day in Kyoto several years ago.

Room rates include breakfast, which changes regularly to keep things fresh and different. A savory porridge of oats and rice with the unlikeliest combination of ingredients (pickled sweet peppers, dates, cilantro, diced cucumber, and a fried egg) had me scraping the bottom of my bowl to devour the last speck. 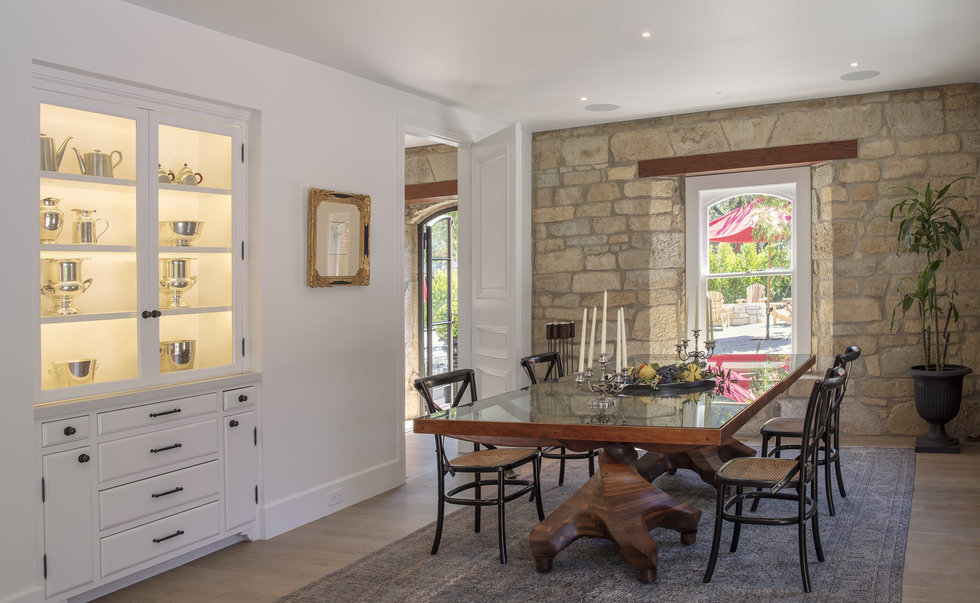 Breakfast is served in the natural light-filled dining room.

In the back of the property is an enclosed space where an infrared sauna and saltwater inhaler have been installed. In this contemplative spot I found myself reflecting that guests availing themselves of these amenities are participating in a version of habits practiced for over 4,000 years in that particular square mile of the valley, rich with hot springs and thermal mud.

For a few decades of the 20th century, The Francis House served as a hospital. The Dwyers see themselves as caretakers of a civic treasure and invited locals to the opening.

After checking out, I stopped to visit one such local, Ann Enderlin, a friend whose family has lived nearby since the 1840s. She recalled the decades that the building had been abandoned. “From time to time, somebody came in and said, ‘I’m going to take care of it.'” But each dream or deal would fall through as surely as the building’s collapsed roof. At this year’s unveiling, she said, “Everybody in town was just amazed” at the fruits of the Dwyers’ labor. “They’ve gone as far as they can go to make it a beautiful place.”